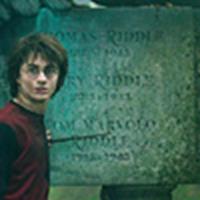 Glaring mistake in 'Goblet of Fire' to be corrected

After hearing Harry Potter fans complain about a glaring error in a picture released recently, Warner Bros. have promised

that the error will be fixed in the final cut of the movie.

The error in question shows

Harry standing in front of the Riddle’s headstone in the graveyard at the end of the film with the inscription Tom Marvolo Riddle, 1915-1943. According to fans Voldemort was born

on December 31, 1926 and if the name refers to his father (whom they insist could not have had Marvolo as a middle name) he would have been only 11 years old when his son was born. But, according to two different timelines on the Lexicon, Voldemort killed the Riddle family in 1944

which would also mean that the date on the gravestones is still wrong.

Warner Bros. have said that they would not be re-shooting the scenes with Daniel Radcliffe but did not state how they would be correcting the error.