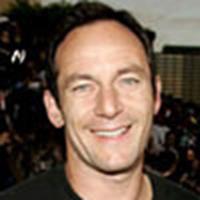 Jason Isaacs, who portrays Lucius Malfoy in the Harry Potter movies, is becoming more like his character he says. In an effort to remain in character he avoids answering his fan mail, he also comments that he’s enjoyed playing Lucius and that he hopes that he will be in the next movie and that author Rowling continues to write Harry Potter books for years to come.

I'm carefully cultivating an entire generation of people who despise me, because when you're in 'Harry Potter' films you get a lot of fan mail... I haven't answered any of it, so they will hate me even more than they did to start with. They probably spent their pocket money sending me a stamped, addressed envelope. Number four is finished. I'm not signed up for number five; I haven't got a script for [it] yet, but I understand I have some things to do in the book and, if they ask me, then I would be hoping to be in it. Because that is good fun, it's ridiculously good fun to dress up as a wizard ... I hope that [JK Rowling] writes it until Harry Potter is 65 years old and on a walking frame.