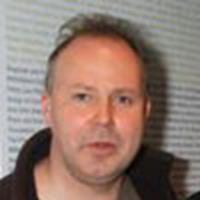 Yates having a 'fantastic time' with 'Harry Potter'

, the director for Harry Potter and the Order of the Phoenix isn’t fazed with taking over the reins in the Harry Potter franchise. He was recently criss-crossing the U.S. to meet with Warner Bros. reps and cameramen he may be interested in working with. The article

gives background information on his film career and also mentions briefly Order of the Phoenix.

Yates commented on his trip:

I'm out here to work on the screenplay with the writer and have a little chat with the people at the studio about how we are doing and what we are planning.

A director with a keen visual sense who fills each frame with humanity and compassion for his characters.

David Heyman called me and asked if I'd be interested, he had been following the work I'd been doing over the years. I love the books. So, I read the fifth one and I thought that there was some great stuff. Stuff about celebrating being different, that's what the fifth book did for me. I'm having a fantastic time just as we're starting out.

Filming for Order of the Phoenix is schedule to start early next year.