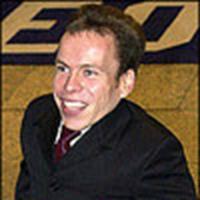 According to Warwick Davis

, Prof. Flitwick in the Harry Potter movies, Harry Potter and the Goblet of Fire will be great and that: "Mike Newell’s a fab director, and he’s brought his own unique quality to it."

I’ve just finished the fourth Harry Potter. Out in November, of course, and fingers crossed I make the transition from book to script for number five! It’s always a kind of a moment where you’re not quite sure about it, but I’ve been lucky to get in all four so far, so hopefully the next one. The fourth one’s gonna be great, as well.

He also mentions that David Yates

has a huge task ahead in directing Harry Potter and the Order of the Phoenix.