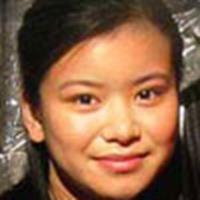 Student magazine, The Weekly Reader, has gone behind the scenes of Harry Potter and the Goblet of Fire and in its current issue

has exclusive interviews with Daniel Radcliffe, Katie Leung (Cho Chang), Robert Pattinson (Cedric DIggory) and Stanislav Ianevski (Victor Krum). The report also includes details from their on-site visit to the set, which included viewing a scene between Harry and Cho Chang in the owlery.

From their on-site visit:

On-camera, Cho breaks the news to Harry that she already has a date to the Yule Ball. Off-camera, animal trainers perched on ladders and scaffolding direct live owls to swoop behind Leung, as if they are arriving at Hogwarts. Although the scene is being shot indoors in front of a large green screen, there will be snowy mountain scenery behind Leung in the final cut. The scene, which might last 30 seconds on film, takes more than two hours to shoot from various angles.

Thanks to Noel for the tip.