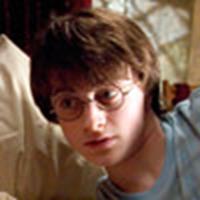 Hi-res Harry with his golden egg

We now have a digital copy of the new still from Harry Potter and the Goblet of Fire that was published this weekend in the UK by The Telegraph.

It's Harry, sitting up in bed, with the golden egg from the Triwizard Tournament.

Thanks to Warner Bros. for sending it to us.