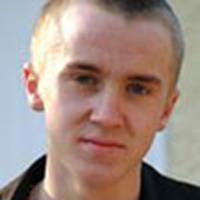 Tom Felton (Draco Malfoy) recently updated his web site with news that he is nearly finished filming Harry Potter and the Goblet of Fire and that he will be 'taking a rest from the film world and just going back to being a normal 17-year-old.'

I have finished most of the filming now and am taking a rest from the film world and just going back to being a normal 17 year old with meeting up with mates, eating pizza and basically listening to music and just chilling out. So forgive me but I am not doing any more blog diary updates until later in the year when the next film comes out.

You can read the rest of his entry

at his web site.