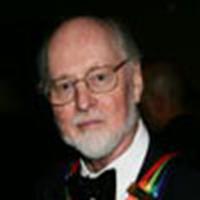 for being "one of the most influential American composers of the past four decades." The Honors Gala will be broadcast later this month on CBS as a two-hour prime time special.

Mr. Williams was given his award by director Steven Spielberg who commented that:

"Sometimes I think the reason I make so many movies is just to keep John writing only for my films, pretending I have captured the lightning in my bottle. John Williams is a national treasure -- he's as American as apple pie and President Bush's mom(!) If a director can tell a one-hanky story, John Williams' scores are guaranteed to make you use the whole Kleenex box."

His upcoming projects include Star Wars, War of the Worlds & Memoirs of a Geisha so he will not be working on Harry Potter and the Goblet of Fire.

Thanks to Donna for the tip.