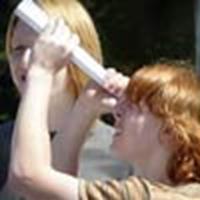 New photos of actors from Harry Potter and the Goblet of Fire on the set have surfaced, thanks to Unforgivable Curses