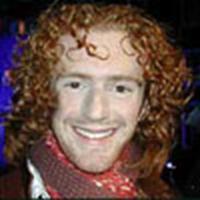 Rankin gets the axe from 'Goblet'

on his site that he didn’t think that he would be appearing in Harry Potter and the Goblet of Fire which is currently being filmed. Now he has confirmed

with BBC Norfolk that he will not be in the movie and that “they've taken the decision to leave Percy in the dressing room for this film.”

Chris had this to say about being cut from the movie:

Because Percy has always been a minor principal and his storyline doesn't generally affect the main three characters, they've taken the decision to leave Percy in the dressing room for this film.

They don't finish filming until next March, so anything could happen – but from what I'm gathering, and that I haven't seen a script or a shooting schedule, Percy won't be around for GoF.

Elements that the film makers feel aren't vital to moving the story forward are the ones that won't necessarily be included, but that doesn't mean to say that these much loved characters, like Percy, won't be seen again in future films.