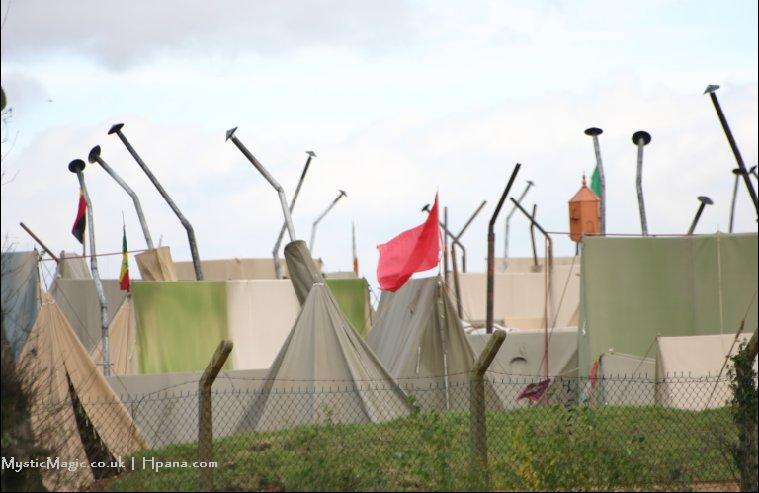 Intrepid scout (and newest addition to HPANA's field reporters) Ethan from Mystic Magic has conjured up some new photos from the set of "Harry Potter and the Goblet of Fire" at Leavesden Studios. There are some nice gems that complement photos released by MuggleNet in late October, including close-ups of the Quidditch World Cup campground and stadium.

< Back to More 'Goblet of Fire' set photos on HPANA