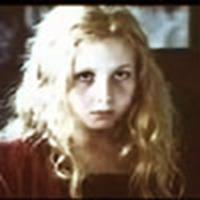 has posted several pictures of Angelica Mandy (Gabrielle Delacour, Fleur's younger sister, in 'Goblet of Fire') from her most recent role in Vanity Fair.

For a comparison, here is a picture

of French actress Cleménce Poésy who has been cast as her older sister, Fleur Delacour, in the movie.