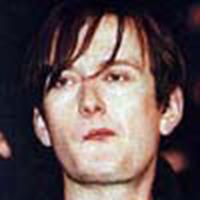 frontman) has been signed to compose music for the film, as well as make a cameo appearance.

According to the Sun:

Movie bosses were determined to bring in a trendy British musician to give the film a sprinkling of Britpop cool after the previous Potter flicks were scored by prolific American composer John Williams - most famous for Star Wars, Indiana Jones, ET and the chilling theme from Jaws.

But new Potter director Mike Newell wanted to make sure his movie appealed more to a generation of music-mad teens.

Also a source from Warners Bros. is quoted as saying:

"Everyone here is really excited about Jarvis being involved in Goblet of Fire. He is a very talented musician who is a big fan of movies and knows exactly how they work. You may just think Jarvis is the bloke in specs who fronted Pulp but he is a man with many hidden depths."

This new article contradicts one from September when the John Williams Fan Network reported that Patrick Doyle had been signed to compose the music for Goblet of Fire. As of now treat all of this news as a rumor until confirmed by Warner Bros.