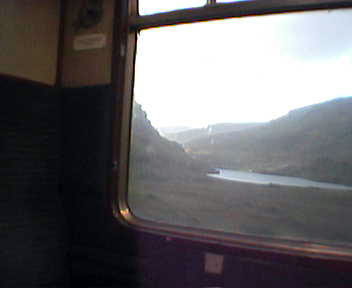 Scottish "Harry Potter" fan Alex tells us he'll be in the next installment of J.K. Rowling's series, "Goblet of Fire" -- as an extra. He was one of 100 students picked to ride the Hogwarts Express steam engine over the Glenfinnan Viaduct for recent Warner Bros. filming. "They were using a helicopter to film the train going over the Viaduct," Alex says in his report, which includes minute snapshots of the locomotive.

< Back to Glenfinnan 'Goblet' filming 'dream come true' on HPANA