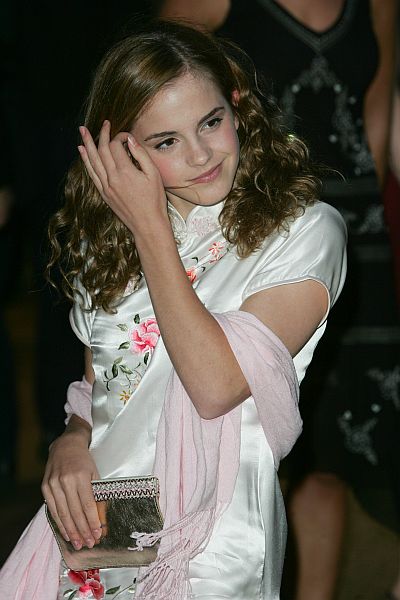 Actor Emma Watson attended the premiere of "Wimbledon" at London's Odeon Leiciester Square, and MuggleNet collected a series of photos of the actress at the event. "I really wanted to see the film," she said. "I love tennis." Watson wore a white Chinese dress that she bought during her travels, reported The Scotsman.

< Back to Emma Watson watches 'Wimbledon' on HPANA