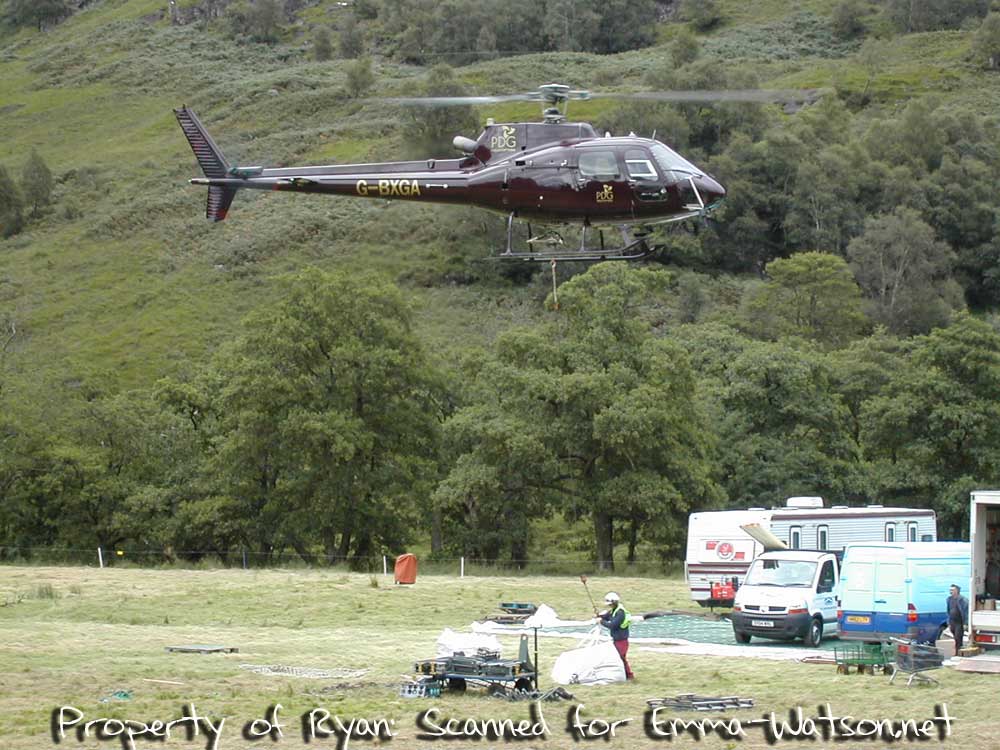 A clever "Harry Potter" fan, apparently tipped off that Warner Bros. crew would be setting up for production on "Goblet of Fire" in Fort Williams, snapped a few pics and sent them to Emma-Watson.net. They include an overview of the site, including a photo of Steal Falls, which will undoubtedly be a backdrop for the scene which The Sunday Mail last week reported would be Harry's first task of the Triwizard Tournament.