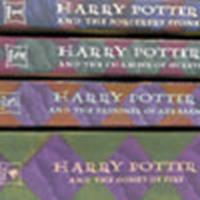 Scholastic, the U.S. publisher of JK Rowling's "Harry Potter" books, unveiled a $1 million marketing blitz to usher in the paperback version of "Harry Potter and the Order of the Phoenix" on August 10.

We've got a sneak peek of one of the new ads:

Scholastic's magazines, with a combined circulation of 2 million, will promote the paperback with ads carrying the message.