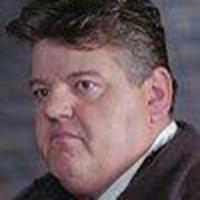 (Hagrid) sat down recently with The Sunday Herald

to discuss the lack of privacy he now has, how Pottermania has taken him by surprise and whether he'll carry on with his role as Hagrid in the final three films.

On being overwhelmed about Pottermania:

"I knew it was going to be enormous because of the number of people who bought the books, but, to be honest, I never thought it would be bigger than Bond. Never in a million years."

On participating in the next Harry Potter movies:

"I don’t know. I really don’t know what the circumstances will be for the last three. I don’t know if I should be saying this, although if anyone has got any brains they’ll have worked it out, but if Jo Rowling hasn’t finished books six and seven within the next two years, the kids we’ve got at the moment will be too old to play the parts. And they may not even want to. So it depends on the variables. In some ways I would rather get on with something else, but I don’t want to say that because it sounds so ……. ungrateful. So, no, I don’t know if I’m going to do any more," he continues. "They will, of course, to enchant me back, offer me frightening amounts of money."