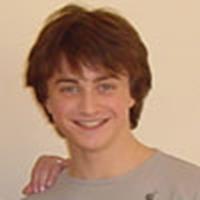 Daniel amazed by outpouring of his fans

is currently on vacation in England & had the opportunity to present Daniel with their site's completed 2004 International Cookbook Project. The project collected over 800 recipe submissions from around the world.

Daniel's 2004 New Year’s Resolution was to learn how to cook, so Page sent out a call to all of his fans to submit their favorite recipes & according to Page:

Dan was extremely grateful and he is just amazed by the outpouring of his fans. As you know, the cookbook project was made up of over 800 recipes from over 70 different countries and locations. Dan is holding the cookbook below, which also includes two CD's containing all the recipes, one CD for Dan, and one CD especially made for his mum.

Page will post her full report by the end of the week & we will post it then. Thanks to Jesse for the tip.

Page presenting the cookbook to Daniel: