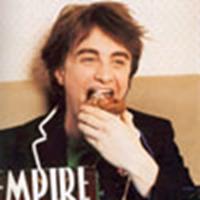 has let us know that they now has scans

first interview with Daniel Radcliffe, including a new picture of Daniel eating cake. The current issue of Empire hit newsstands in the UK today.

They also have scans

from the current issue of Dreamwatch & the Philippine version of Seventeen Magazine in which Daniel was voted #7 in their 'Boys of Summer' list.