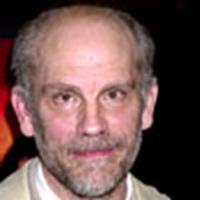 Update: Guess who may be playing Voldemort?

could be playing Lord Voldemort in Harry Potter and the Goblet of Fire, which currently has a running time for the script of up to four hours according to a newspaper report.

Malkovich is well known for playing bad guys in films and will share the role with a computer-generated image of the villain.

According to the Daily Express

He will only play Voldemort once the character has regained strength in the film though. At the start of the fourth book, Voldemort has been reduced to a small, helpless creature, which will be created by a computer.

He is currently in the UK filming The Hitchhiker's Guide to the Galaxy which is scheduled to be released in June 2005.

Warner Bros. has not confirmed or denied this rumor yet, but we'll update as soon as we hear anything.

are now reporting that 'Warner Bros has killed off the rumor that actor John Malkovich will play Lord Voldemort in the Goblet Of Fire.' Very fast denial by Warner Bros & considering that the Daily Express was the paper to report this story first, I would take the movie length as rumor also.