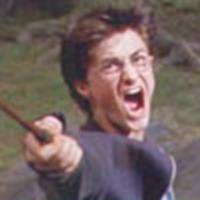 For those who can't get enough, a Daniel Radcliffe interview is featured in today's Manila Times

, which took place during the filming of Prisoner of Azkaban. Here's an excerpt of the article

Do you think the movie version of Harry has deviated from the original book in any way?

Off the top of my head, I can’t think of anything that is completely different from the book. One thing that has happened is Alfonso has been very accurate in predicting in how one aspect of his character will turn out. He felt that he was quite an arrogant person even before the fourth and fifth books came out. He knew. I don’t know if he talked to J.K. Rowling about it, but his instinct with Harry—as was Chris Columbus’—is very accurate.

Can you tell us about your friendship with Emma and Rupert?

The bond just keeps getting stronger and stronger. We do have arguments—err, heated discussions—I mean. We never argue! Okay, we do argue sometimes, about stuff like making a crazy golf course out of card-board. There is a circular saw in Rupert’s room at the moment which I got. I’m like the scrounger, I can get you anything.

Is there a sense of loss not having Richard Harris around?

There is that. I do miss Richard because he was Richard, I loved him. But Michael Gambon, I can’t think of anyone better to stand in. Like on his first day, he came out with the costume and beard and the way he walked and talked in an Irish accent was a tribute to Richard, really good. He is going to be great.

The full article can be found here

. Thanks to Arlee for the tip.