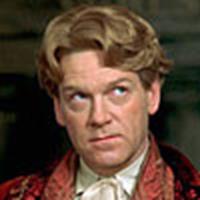 According to this Hollywood Reporter article

, Kenneth Branagh (Professor Gilderoy Lockhart in Harry Potter and the Chamber of Secrets) is joining Tom Cruise and Carrie-Anne Moss (Trinity from The Matrix films) in Mission: Impossible 3, which is starting production later this year:

Although there is an expectation that he will be unmasked as one of the villains, few details were available. Cruise will reprise his role as agent Ethan Hunt.