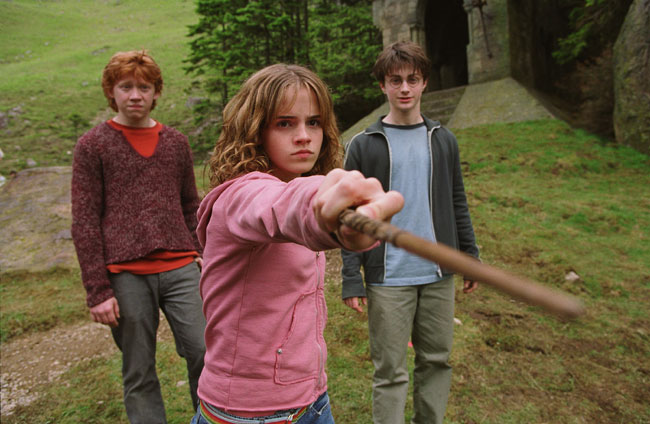 Warner Bros. has released two new official photos promoting "Harry Potter and the Prisoner of Azkaban." Both have been seen in other formats, but these are nice, crisp full ones of Hermione looking very threatening with her wand out, and Harry reading the Marauder's Map at night in his bed (with the help of a little "lumos" charm).

< Back to Two more official 'PoA' images released on HPANA