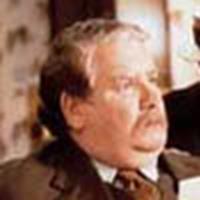 Dursleys cut from 'Goblet of Fire'

(Vernon Dursley) is hoping for a fans' revolt after learning that the Dursleys will not be appearing in Harry Potter and the Goblet of Fire because the book is too long.

Richard is even reported to have approached JK Rowling about it:

I said to JK Rowling: "Couldn't the Dursleys turn up to an open day at Harry's school or something,' but she said, 'I don't think so'."

Griffiths' agent has said that Richard was "very disappointed" not to be appearing as Uncle Vernon in the film, but is hoping to be back for Order of the Phoenix.