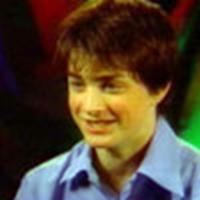 Actor Daniel Radcliffe's father is urging fans not to respond to people who claim to be Dan online, as he never communicates with fans in that way. According to the plea, received this morning by DanRadcliffe.com

, a girl and her mother from Chile showed up at the Radcliffes' door recently, after supposedly talking to the Harry Potter star via e-mail:

In the light of an unfortunate incident which happened at our home yesterday I would be grateful if you could post the following message from us.

We received several calls at our home during the morning from a girl who had travelled from Chile to meet Dan. When we explained that this was not possible she became upset. Later in the day, when Marcia and I were leaving our house the girl and her mother appeared asking again to see Dan - again we said he wasn't there and we don't encourage visitors to our house which is strictly private.

Again, the girl became very upset and distressed - and this is where it became very worrying for us as Dan's parents on behalf of Daniel's fans. She presented us with two e-mails from someone pretending to be Daniel who said he were hoping to see her in London. Daniel has said this in his newsletters and I must reiterate: do not respond to anyone saying they are Daniel and certainly never travel to London to see him on the strength of a very dubious e-mail.

Daniel never communicates with fans via the Internet or e-mail for this very reason - he doesn't want anyone to be duped into corresponding with someone pretending to be him. For his fans' sake and safety there are no exceptions to this rule and anyone claiming to be Daniel Radcliffe is, I'm afraid, lying.

We felt extremely upset that this girl had been tricked in this way. PLEASE don't let it happen to anyone else.

Any help you can give us on this matter to protect Dan's fans will be very welcome.