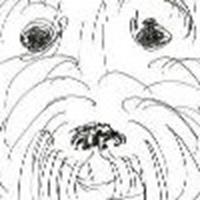 So when is a doodle considered magical? When an actor from the Harry Potter movies draws it, of course - and then puts it up for sale to raise money for The Neurofibromatosis Association

According to National Doodle Day

, where a list of all the celebrities' doodles can be viewed, more than 300 personalities from the worlds of sport, entertainment, theatre, business and politics have joined forces to support the initiative, which will culminate on Friday, February 27.

You click on each of the following names to check out their doodling: