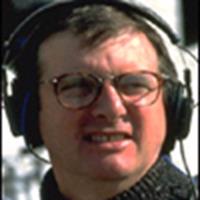 In an interview for the March issue of Empire Magazine, Harry Potter and the Goblet of Fire director Mike Newell

, is allaying fears that he will turn out a two-act movie. He told Empire that it's one film all the way

Newell will also be taking the franchise in yet another new direction:

"As far as I'm concerned it's absolutely possible to do it in one. I think it would be slightly embarrassing to do it in two. It's a classic paranoid thriller in a way. I've spent Christmas watching things like The Parallax View and The Insider and Three Days of the Condor. What you have is a story at the beginning of which the powers of evil have a plan, which is absolutely not revealed to your hero. The kid just wonders into another year at school, then this huge notion of the competition surprises him. But there is, of course, a malign intelligence which is manipulating things. And so he gets more and more suspicious until there is a shoot-out between him and the bad guy. That's a really good, strong thriller shape."

The full article can be found in the March issue of Empire, on sale now.