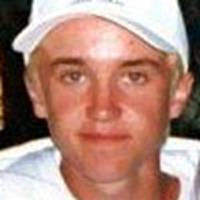 has posted details for their second annual event, to be held in August. Once again, it will be co-hosted by Draco Malfoy actor Tom Felton from the Harry Potter movies, along with his brother Chris Felton and BBC commentator Martin James:

A full array of activities will greet the competitors - a carp school featuring world renowned experts, two days of rod bending competition, a mouthwatering competitor's barbeque, a magnificent awards event and some other surprises!

For the adults who want to get into the action, a new adult division - intended for the parents and guardians of the competitors - has been added.

Last year's tournament was covered here on HPANA, with a full set of pictures of Tom holding some of his prized catches over the years.