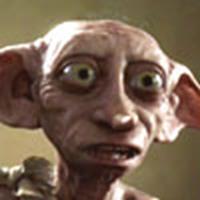 , a University of California, San Diego professor, will accept a technical achievement award from the Academy of Motion Pictures Arts and Sciences

Jensen and two others were responsible for technology that helped make the lighting on Dobby's face look more convincing in Harry Potter and the Chamber of Secrets. They will be honored for realistically digitizing the effects of light below translucent surfaces like skin.

Before their breakthrough, computer graphics produced images of human faces that appeared too hard.

"That is why the early successes in digital animation, such as Jurassic Park and Toy Story, featured primarily non-human characters," Jensen said.

Recent movies, such as Harry Potter and the Chamber of Secrets and Terminator 3 have been able to use digital images with Jensen's technology to create realistic-looking skin.

The team's technology will also be used in the next generation of videogame consoles in 2006.