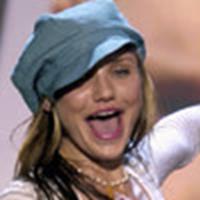 The Harry Potter novels and the series' latest videogame spinoff, Quidditch World Cup, are up for awards in the 17th annual Nickelodeon Kids' Choice Awards 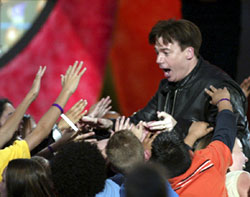 "Kids love Cameron and Mike not only because they're superstars, but for their unique kid-like energy and humor," said Cyma Zarghami, President of Nickelodeon Networks. "We know our audience will be as thrilled as we are to welcome them back to Nickelodeon's Kids' Choice Awards as the new hosts."

Finding Nemo topped the list of kids' favorites this year, garnering three nominations for favorite movie, favorite voice from an animated movie (Ellen DeGeneres) and favorite video game. Harry Potter is up against Lord of the Rings in the category for favorite book.