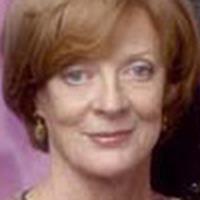 Performing on stage in Australia for the first time, Dame Maggie Smith

(Professor McGonagall) will be touring Sydney, Perth, Adelaide, and Melbourne from the end of March until the middle of May partaking in Alan Bennett's satire Talking Heads

Talking Heads features two of Bennett's best-loved monologues in a double-bill: Dame Maggie will reprise her BAFTA-Award winning role as Susan, the wine-soaked vicar's wife who takes refuge in the arms of an Indian grocer in "Bed Among the Lentils". Fellow British actress, Margaret Tyzack, will play Muriel, a genteel widow forced to face the ramifications of mismanagement of her late husband's estate in "Soldiering On".

online for those interested. Thanks to Kirsten for the tip.