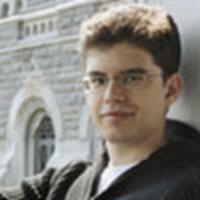 The 20-year-old who's hotter than 'Potter'

Christopher Paolini's debut fantasy novel Eragon is now outselling Harry Potter at stores. This time last year, however, the author was still sitting around his parents' farmhouse along Montana's Yellowstone river, where he grew up, never went to school and never held a job.

But now, thanks to Eragon, his 500-page rousing adventure story set in his imaginary world, young Christopher is suddenly rich.

The British edition appears early next month, but already it is a huge bestseller in America, where it has surged past the Harry Potter books. Almost half a million copies were sold in only two months, a screenplay is in the works and at least a dozen foreign-language editions are on the way.

Giggling like a little boy, Christopher says: "Dragons make perfect friends. They can eat anyone you don't like."

"I was only 15 when I started Eragon. I didn't know how to write. I just told everything in one gigantic burst, then spent another year revising it. My parents read it and thought it was great. But I didn't really trust their opinion. After all, they're my parents. I wasn't surprised they liked it."

His mother points to the faded sofa in the living room. "He wrote the book sitting right there," she notes, with a grin of satisfaction.