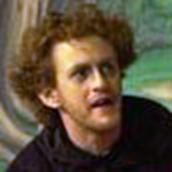 One of his other jobs is being Percy Weasley in the Harry Potter films. I thought he was clever and made a good job of being very naughty to Snow White - Katie Ray - and the other poor people in the town.

on his official site before departing to Telford, where Snow White is being produced. He'll be there through January. Next summer, he'll be joining HP Fan Trips

for their premiere tour of Britain.

Check out a picture of Chris in the performance