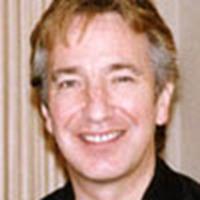 , who portrays everyone’s favorite Prof. Snape in the Harry Potter movies, gives an interview in which he discusses acting, his career and Harry Potter

Have you noticed a big difference in your career since you've done Snape in the Harry Potter films?
Harry Potter feels like a whole other part of my life. It's somehow not part of the me who did Private Lives in the West End and the me who directed, and who did Love Actually. Harry Potter is like a pocket of life that I go and visit again from time to time.

The part of Snape seemed so perfect for you... there was something about it which made it look like you were stretched and yet sort of confined at the same time. Did you feel that?
Good way of putting it, actually. Because that's what Snape's like. There are such still waters in there. And the trouble is that there's so much we don't know yet 'cause JK Rowling hasn't revealed it. I know a couple of things about all that, that you don't and I'm not telling...