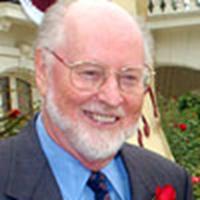 The theme of the 2004 Rose Parade is "Music, Music, Music," and few people have made more of it than the man who will be grand marshal

He has written the music and served as musical director on more than 90 productions in all, including the Indiana Jones, Harry Potter, and Jurassic Park films.