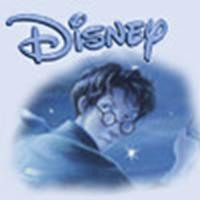 As we reported earlier, AOL Time Warner has claimed that they own the rights to any possible Harry Potter theme-park attractions. But is this really the case? According to Jim Hill media, it may or may not be

This much is clear: A few years back, Universal was positively desperate to acquire the theme park rights to the Harry Potter characters. So much so that Universal Creative (the folks who actually design all of the rides, shows and attractions for the Universal theme parks) put together a proposal for a Harry Potter-themed stunt show.

The show proposal that Universal Creative put together was reportedly a special effects filled extravaganza, loosely modeled after that theme park's "Wild Wild West" stunt show. This meant that the arena would have been loaded up with practical effects. Cauldrons that would suddenly bubble and smoke, brooms that could actually fly around, etc.

But the real highlight of this proposed "Harry Potter" themed show would have supposedly been the show's finale. Where Harry, Ron and Hermoine found themselves face to face with Lord Voldemort.

Sometime during this magical duel, Potter was going to get the upper hand in this effects filled battle. And -- with a wave of Harry's wand -- Voldemort would burst into flames. Fully engulfed in fire, the dark wizard was to have writhed in agony and screamed curses as Potter and his pals as Voldemort slowly sank from sight.

So that sounds like a pretty good new show for the Universal theme parks, doesn't it? Well, it's just too bad that Universal Creative never actually got the opportunity to present their proposal to J.K. Rowling. Why for? Because -- when they approached Rowling's reps to set up a meeting -- Universal was reportedly told "Thanks but no thanks. We've already awarded the theme park rights to someone else."

Now Universal executives -- Bob Gault included -- have always assumed that the "someone else" that J.K. Rowling's representatives were talking about must have been the Walt Disney Company. Which -- given that Universal and Disney are in almost constant competition these days for supremacy in the theme park arena -- that just makes sense.

Anyway ... even if Disney really does have the theme park rights for the Harry Potter characters all "wrapped up," the smart money is on Mickey sitting on these rights for a while. For a couple of years, anyway. At least until J.K. Rowling finally finishes up telling her epic tale (and what a sad day THAT's going to be for those of us who have loved reading and/or listening to the "Harry Potter" books. I'm really not ready to leave Hogwarts just yet. Are you?)